There have been years and months of planning for this year’s World Cup, not just by the players but by global businesses trying to gain as much exposure during the event as possible.  During last night’s Brazil v’s Croatia game I wondered how the websites of all the companies advertising on the pitch side boards would perform during the game.  The pages were tested from Brazil and from the UK to reflect the local and global audience.

With viewing figures of several hundred million and 3rd Tier World Cup sponsorship costs in excess of  $4.5 million per year it is important that anyone driving traffic to their website is well prepared to give users the best experience they can.  If like me these users have not heard of your company this will be a one off chance to make a first impression.

Brian Clough said it only takes a second to score a goal and in today’s technological world it is believed it should take the same time to load a website.  Bringing these 2 communities together would surely result in some great results?

So to summarise, performance was not great, either in Brazil or in the UK. The slight difference in the results was caused by some local Brazilian sites not leveraging a CDN. http://www.marfrig.com/ is a good example of this.

The fastest ever world cup goal was scored after just 11 seconds by Hakan Sukar, in the 2002 Turkey v’s South Korea 3rd Place playoff. This means that 10 out of the 18 sites tested from the UK and 11 from Brazil would still be loading when the goal went in  if you tried to access them at kick off.

Not all sites were performing badly, one was not working at all. I learned this morning this company provides English speaking courses but if I wasn’t writing this I would not have bothered to go back.

In addition to being completely down, one site timed out and failed to load in the UK.  On the face of it that might not be too bad but this was just a country selection page that should have been really quick.

This beer maker topped the league of the biggest page, thanks mainly to a 5MB image. I’m not sure what size screens they are using in their offices but I can’t think of many that would need a 4740 x 5400 pixel image! In addition to this, the page loaded didn’t actually display this image until you had verified your age.

Although these sites were tested from a desktop, if you were to load all of them you would be downloading about 50MB of content.  If you only have a 500MB monthly limit then this is 10% of it gone in less than 90 minutes, and that is just looking at home pages.  You’ve been warned!

Visa managed to produce the only sub 5 second page load time from the UK and were among the better performers from Brazil.  Castrol Edge did well from both locations but their landing page was a simple country selector to take you off to a regionalised site.

The Pundit’s wrap up

There are 2 things I really don’t like in this world, boring football matches and slow websites.  Fortunately last night the football match was a very entertaining one, however the websites tested were particularly poor.  If you are going to spend millions of pounds in advertising and driving people to your website, don’t forget to check it works and performs well.

All tests were carried out using Web Page Test using a 3Mbps connection. 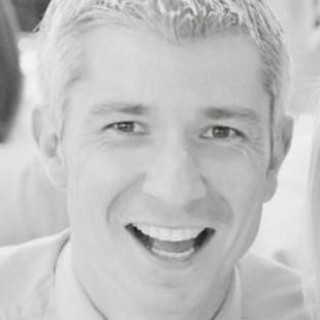